-PIER 41 SEAFOOD & RAW BAR... is Mount Pleasant's newest eatery from local Chef Brannon Florie. The casually intimate 40 seat dining room foregoes the formalities of its downtown counterparts to offer the highest quality local and regional seafood at a reasonable price. The menu features a fresh take on classic seafood dishes, incorporating influences from the American South and the Far East. In addition to regular menu items, Pier 41 offers a raw bar menu with a small, carefully chosen selection of oysters and other seafood delights.

Details such as wooden and subway tiled walls reclaimed local woodwork, and large chalkboards highlighting raw bar offerings and daily specials marry Florie's Lowcountry roots with the feel of a New England raw bar. The full service, The 16-seat bar offers a carefully curated selection of local craft beers, signature cocktails, and wines. Newcomers may be drawn in by $2 champagne and $2 oysters at happy hour, but it is Pier 41’s commitment to true Southern hospitality that will keep guests coming back again and again. 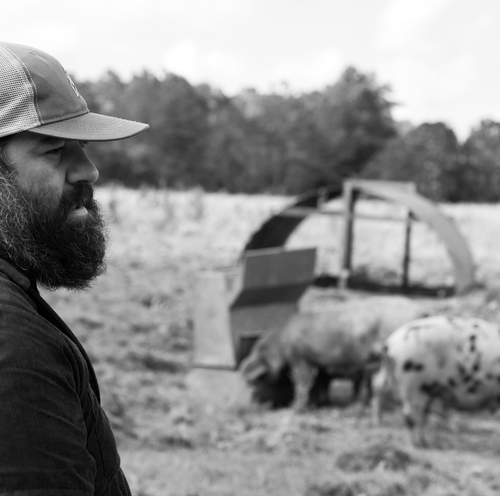 A passionate proponent of the Lowcountry and native Charlestonian, Restaurateur Brannon Florie is working to keep the soul of Southern food and hospitality alive. These ideals permeate his many different endeavors, including restaurants The Granary, On Forty-One, Florie's Events, Flocking Artisan Products, and now Pier 41.

Florie has never been a stranger to hard work, landing his first managerial position at the age of 17. He spent the next decade honing his business, management, and culinary skills across the United States, working for such well-known brands as Carlson Worldwide, E-Brands, and Walt Disney World Resorts and Restaurants. Upon his return to Charleston, Florie quickly became an integral part of Charleston’s flourishing food and beverage community. In addition to earning praise as Executive Chef at The Boathouse at Breech Inlet, 17 North Roadside Kitchen, and The Granary, he played a major role in opening such popular restaurants as The Rarebit, Big John’s Tavern, and King Street Public House.

In all of his endeavors, Florie aims to honor the relationships he has built with local farmers, fisherman, brewers, and distillers. Even his plumber and electrician are personal friends and Mount Pleasant locals. His desire to give back to the community is exemplified by his involvement with local charities such as East Cooper Meals on Wheels, East Cooper Land Trust, and Lowcountry Land Trust. He is a member of Charleston Brown Water Society and the founder of Charleston's first free Food and Beverage Employment site. Outside of work he spends his time enjoying the company of his two daughters and his son, with whom he resides in Mount Pleasant.